Don’t be Tricked by the other Insurance Company! 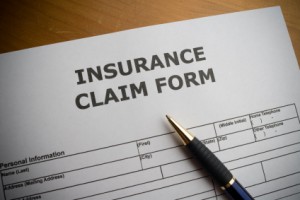 1. Pretending to be your friend. This is the worst. Insurance companies are a big business, and they make money by denying your claim.  They pay their adjusters to give you as little money as possible.  The adjuster is on the opposite side from you.  This may be a good person who coaches Little League, donates to charity and loves dogs.  But always remember: his job is to pay you as little money as possible. Don’t buy it!

2. Delaying the process.  Insurance companies handle millions of claims.  If they can save $100 on each one, they increase their bottom line by hundreds of millions of dollars.  They have a whole lot of money that they are investing, and they are making lots of money on those investments.  Every day that they can delay paying you is a day that they can earn interest on their money.  They also know that you are getting squeezed, and every day they can delay makes you just a little bit more desperate to settle.

3. Requiring unnecessary information.  This is just one more way for them to cause delay.  If you’ve broken an arm in an accident, they’ll ask for medical records from five years ago that have nothing to do with your arm.  This is not right.  You are only required to give them medical records related to the body parts that were injured in the accident.  They don’t need to read about your flu shots!  But try telling that to the average adjuster.  They just want more and more paper; even if it has nothing to do with your case.  Because, who knows, maybe there will be something in those records that will help them fight your case.  And even if not, delay is always good for them- and always bad for you.

5. Breaking promises.  We hear from people all the time who tell us that the adjuster made them a promise, and then broke it.  Get it in writing! Many insurance adjusters are poorly trained, underpaid, overworked, or just plain don’t care.  These are not professionals who care about their reputations.  If it’s not in writing, it means nothing.

6. Acting like medical experts.  I’ve never met an insurance adjuster who went to medical school.  But they always seem to have opinions about your medical treatment.  They think they know when you should be better, because their computer says that ten chiropractic treatments is too much for your injury.

7. Undervaluing medical bills.  Health insurance in the USA is complicated.  Typically, a hospital or doctor may bill, say, $500, for a procedure.  But the insurer, whether it’s PIP or health insurance or Medicare, will only pay, say $200.  The doctor accepts that as full payment.  But here’s the question: if the insurance company of the person who hurt you is going to pay for your medical bills, do they pay $200 or $500?  The answer is $500.  That’s the law in Oregon.  But adjusters will often tell you they only have to pay $200.  That’s not right, but if you let them get away with it, then they just saved their shareholders $300 at your expense.

8. Not taking liens into account.  Some insurance adjusters won’t tell you about liens when they’re trying to settle with you.  So they write you a check, and nobody tells you that you’re going to have to turn around and pay that money to your health insurer, until it’s too late.  Whenever you settle your case, make sure you know what all the liens are.  This includes PIP liens and health insurance liens.  If other insurance has been paying your bills (Oregon Health Plan, Medicare, anyone else), make sure you know the amount of their lien.  Get it in writing, and take it into account before you settle.