As a pedestrian, you are one of the most vulnerable people on the road. Because of this, under Oregon law, you should also be one of the most protected. Thankfully, our Portland pedestrian accident lawyers specialize in personal injury cases and can help if you are hit by a car and injured as a result.

As knowledgeable Portland personal injury lawyers, it is our duty and our goal to help pedestrians who have been seriously injured as a result of a driver’s inattention, recklessness, or complete disregard for the law. To do that, we offer a FREE initial phone consultation at  (503) 222-4411.

In 2007, Oregon introduced what is called “vulnerable user laws” to help protect those who are not protected by the shell of a car. And because pedestrians are so unprotected on the street, they suffer serious injuries and even death. In 2007, 4,654 pedestrians were killed in traffic crashes in the United States, according to the NHTSA, and 70,000 were injured. In Oregon that same year, there were 455 traffic deaths – 48 of those were pedestrians

The Reality Of Pedestrian Accidents

In most traffic situations, pedestrians have the right of way. Motorists are supposed to be mindful of their surroundings and in control of their vehicles to avoid potential hazards. If a motorist operates their vehicle carelessly and an accident occurs, the motorist can be held liable for expenses associated with a person’s injuries resulting from the accident. Unfortunately, a handful of pedestrian accidents are hit-and-runs, meaning that the motorist leaves the scene of the car crash. This puts the life of the injured pedestrian in more danger due to a potential delay in emergency help arriving if the accident is not reported. 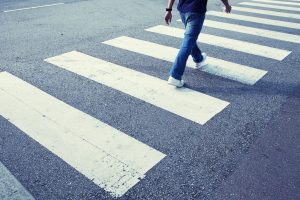 Moreover, being a pedestrian means that an individual’s vehicle insurance does not matter. Even if a pedestrian owns a car and has insurance, that doesn’t mean that insurance can be used in the event of a pedestrian accident. For most car wrecks, a person’s personal injury protection coverage (PIP), will cover medical bills for up to a year or $15,000, whichever comes first. On the other hand, during a pedestrian-car accident, the driver’s PIP should pay according to the state of Oregon.

What Are Some Common Causes of Pedestrian Accidents?

Pedestrian accidents can occur for several reasons, from dim lighting and bad weather to vehicle defects/product liability and poorly maintained roads. However, a large number of these collisions occur due to negligent driving behaviors. Some of the most common causes of Oregon pedestrian accidents include the following.

Identifying the cause of your pedestrian accident is crucial when filing a claim because if someone else’s actions are responsible for your injuries, one of our Portland accident lawyers can help ensure that you receive the compensation you are owed.

What Damages Are Available to Pedestrian Accident Victims?

Through an Oregon pedestrian accident lawsuit or insurance claim, you can recover financial losses for any money you may have lost in the accident. Additionally, our Portland accident lawyers, who also work in pedestrian accidents, may also recover compensation for non-economic damages, which are also known as pain and suffering. 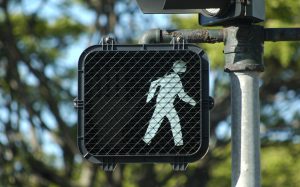 Common damages in pedestrian accident cases include the following.

In certain cases, you may be eligible for a third category of compensation known as punitive damages. While economic and non-economic damages are designed to reimburse you for your losses, punitive damages are meant to punish those responsible, especially reckless or egregious behavior.

Under Oregon law, courts may award punitive damages in cases that involve malice, or outrageous indifference to a highly unreasonable risk of harm, or conscious indifference to the health and safety of others. To identify the damages you qualify for and accurately calculate your estimated settlement, speak to a Portland pedestrian accident attorney as soon as possible.

How Can You Prove a Portland Pedestrian Accident Claim?

To secure compensation in a Portland pedestrian accident case, you will need to supply enough evidence that establishes the other driver’s fault. During the insurance process, a representative will conduct an investigation of your accident, review evidence from both sides, and determine how the collision occurred. During a lawsuit, you will need to supply sufficient proof to establish four key facts.

For example, say that you are crossing a street when a driver runs a red light and hit you while you are in the middle of the intersection. You can establish a duty of care by the fact that the driver was operating a vehicle at the time of the collision. His or her breach of duty would be running a red light, which is illegal. You can use surveillance footage, police reports, and witness testimony to establish this element.

When it comes to causation, you can use those same pieces of evidence along with your medical records to prove that the driver’s actions led to the crash and your injuries. For complex cases, your lawyer could also enlist the help of expert witnesses, such as accident reconstruction specialists and medical professionals, who can testify on your behalf. To prove damages, your attorney can help you gather documents such as medical records, pay stubs, invoices, and journal entries, along with a long-term care plan with the help of expert witnesses.

How Does Comparative Negligence Work in Portland Pedestrian Accident Cases?

In a lawsuit, the court may apply Oregon’s comparative negligence rules to reduce your settlement by the amount of fault you share. If you are more than 50 percent responsible for the collision, you will not recover any compensation.

In these situations, you need a knowledgeable lawyer on your side. AHere at DuBois Law Group, we are confident in our attorney’s ability to defend you against accusations of shared fault and prove the other driver’s liability, protecting your right to recovery.

S.W. was walking near Portland State University when a car turned left and hit him. S.W. was in a crosswalk, with the right-of-way. He was transported to the hospital by ambulance and diagnosed with a concussion and closed head injury. He had to have months of physical therapy, in addition to dealing with recurring headaches, dizziness, and nausea. S.W. missed months of work and school. Our Portland attorneys helped him pay all his medical bills and lost wages, and secured funds for future treatments. This case settled for $100,000, the maximum under that auto policy.

Pedestrian Accident Case Example #2: Surgery After Being Hit By Teenager

Dana R. was walking in Tigard, Oregon when she was struck by a car. Knocked down hard, she was unable to get up and was taken by ambulance to the hospital. There, it was discovered that she had broken three bones in her ankle and foot. She had surgery immediately to place external fixation rods in her leg to hold it in place. Later, she had to have another surgery to remove the rods and repair the other fractures. She was placed in assisted living because she was not able to walk for three months, and was unable to work so Sean DuBois also included economic damages for wage loss in his demand. This case settled for $250,000 with a policy limits demand.

M.T. was walking his bicycle across the street when he was hit by a car. He was in the crosswalk and had a walk sign, so liability was clear. The car knocked him to the ground and ran over his dog! The dog was fine, but M.T. was severely injured. His injuries, including serious back pain and a hand injury that later required surgery also affected his ability to do his job. Eventually, he had surgery and with physical therapy, he was able to use his hand, although not as well as he had before. Sean DuBois was able to get a settlement of $115,000 (original offer: under $50,000).

If you are injured in a pedestrian accident in Portland, you deserve justice—and the lawyers at DuBois Law Group can fight for your right to compensation. Contact us today to schedule a free consultation and learn more about your legal options. (503) 222-4411