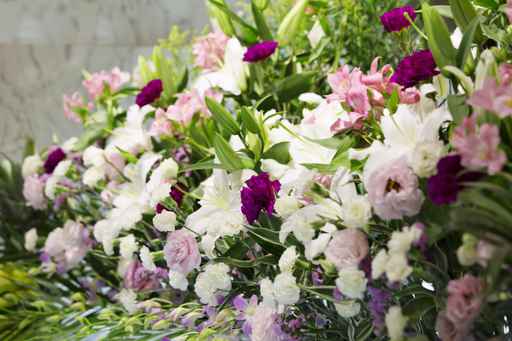 The lawyers for a company or person that caused a death will sometimes make this very argument: “It’s tragic,” they’ll say, “but we can’t measure the value of a life in money.” But by using this argument, the lawyers are hoping to convince people that the law should value the life at nothing, or $0. Most people assume that they mean the life is worth MORE than money – which it is – an infinite amount. But sadly, the result of a jury deciding that “we simply cannot put a value on a human life” would be that the life is worth NO money ($0.00). And the truth is, while it’s impossible to accurately put a value on a human life, we do know that the value is not “nothing.” That would lead to the unjust result that a person that wrongfully (but not criminally) caused the death of another person would get off scott-free.

There are as many reasons for bringing a wrongful death lawsuit as there are people who bring the cases. Each person must make his or her own decision about it, but here are some common reasons:

Some people are motivated by a search for closure. Not closure for the death, but closure regarding the injustice of the death. For example, in a case where a company made unsafe cars and a man was killed in one, the widow will never stop missing her husband. But if the responsible company is found to be at fault, and has to pay a penalty, this may help to calm her anger at the injustice, and focus purely on mourning her husband.

When discussing justice, we should be careful to distinguish a criminal trial from a civil trial. They are very different. In a criminal trial, if someone is found guilty, he or she can go to jail. In order to find someone guilty, a jury has to be convinced “beyond a reasonable doubt.” On the other hand, in a civil trial, if someone is found to be responsible (we don’t use the word “guilty” here) then he or she will not go to jail, but will have to pay enough money to compensate for the loss he or she caused. That money is often paid by an insurance company.

Wrongful death lawsuits, which are civil cases, not criminal cases, can only get one kind of justice, which is forcing the wrongdoer (or their insurance company) to pay money. Any other penalties are reserved for the criminal court system, not the civil, and this is an important distinction.

While paying money is far more justice than letting them get away with paying nothing, it can be hard to accept that this is the most justice available. It may not be enough, but it may help. If you have questions regarding any criminal charges being brought against the person who caused your family member’s death, you can contact the District Attorney’s office for the county in which the death took place. Different District Attorneys have different ways of working with people, but most of the time they will be happy to discuss the case with you and hear your input.

Some people want to create a legacy for their loved one. This can be a beautiful and satisfying use of proceeds from a wrongful death claim. If a tiny bit of good can come from a horrible loss, doing that little bit of good can really help. If a parent has died, one of the losses to the children is that the parent won’t be there for their child’s wedding or first day of college, or the day their child buys a first home or starts a business. One use of the proceeds from a wrongful death case can be setting up a fund to pay for that wedding, college education, first house, or new business.

Some people spread the legacy even further by setting up a foundation to help others. For example, if the decedent believed deeply in a certain cause, making a gift from the family to that cause can be a consolation.

The loss of the breadwinner in a family can send the family into financial distress, even bankruptcy. Sometimes a wrongful death suit is the only way to get a family back onto stable footing. Sometimes it is simply necessary to seek financial compensation – and there is nothing wrong or immoral about taking care of your family.

It’s Your Decision, But Talking to a Lawyer Can Help

We hope it’s been helpful to discuss some of the more common reasons people decide to bring a lawsuit. If you are trying to decide whether or not to bring a wrongful death lawsuit, we hope this book will help you. It may also be helpful to talk with some wrongful death lawyers, making clear that you are not intending to sign up with them, but only want to better understand your options.

Most lawyers specializing in wrongful death cases will be willing to talk to you in detail without putting any pressure on you at all to hire them. It can also be helpful to talk to others who have been through this before. Be wary of advice from well-meaning friends who have never gone through something like this, though. While they are trying to be helpful out of love for you, their advice can be misleading if they do not understand the legal implications – which they will not, unless they have gone through this themselves.