What are the Oregon Personal Injury Laws & Statutes?

If you have been injured from an accident in Oregon, understanding the rules will help you begin the personal injury claim process.  Below are key state laws that are important for your personal injury lawsuit or insurance settlement.

All states have laws explaining the amount of time you have to file a lawsuit in court after being injured.  This time limit is described as a statute of limitations and in Oregon it is two years.  What this means is that an injured person has two years from the date of the injury to go to civil court and file a lawsuit.  If you do not file your case in those two years, the court system will likely refuse your case and your right to compensation will be lost.

In some instances, the person or business you are filing a claim against may argue that you are also at fault for the accident that led to your injuries.  In a shared fault case like that, Oregon has a “modified comparative negligence rule.”  This rule means the amount of compensation you’re entitled to receive will be reduced by an amount that is equal to your percentage of fault.  If you are found to be more than 50% at fault then cannot be compensated.  Oregon courts are obligated to follow the rule if the lawsuit makes it to trial but the insurance adjuster will likely bring it up prior to the trial.

Owners are held liable for injuries caused by their dog or animal if the injured party can prove the owner “should have known” the animal was dangerous. 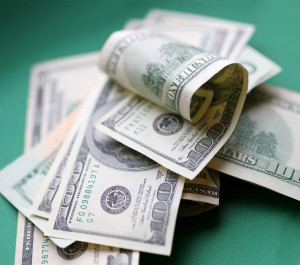 For wrongful death cases in Oregon, there is $500,000 limit on non-economic damages.  Injury claims against the state government also limit the amount of compensation the injured person may receive.  If the injury occurred before 7/1/2014 then the cap is $1.8 million and if it occurred after then it is $4 million.

Injury Claims Against the Government

In Oregon, if your injury was caused by the negligence of an employee or agency of the state government, then there are different rules for compensation.  The injury claim must be filed within 180 days of injury not the two years that applies to a standard injury case.