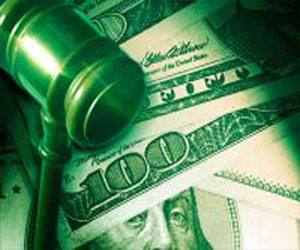 Every insurance policy has limits. This is the maximum amount that the insurance company will have to pay. Automobile insurance limits are typically quoted as two numbers with a slash between them. For example, as of this writing, ORS 806.070 requires that an automobile policy issued in Oregon must have liability limits of at least $25,000 / $50,000.