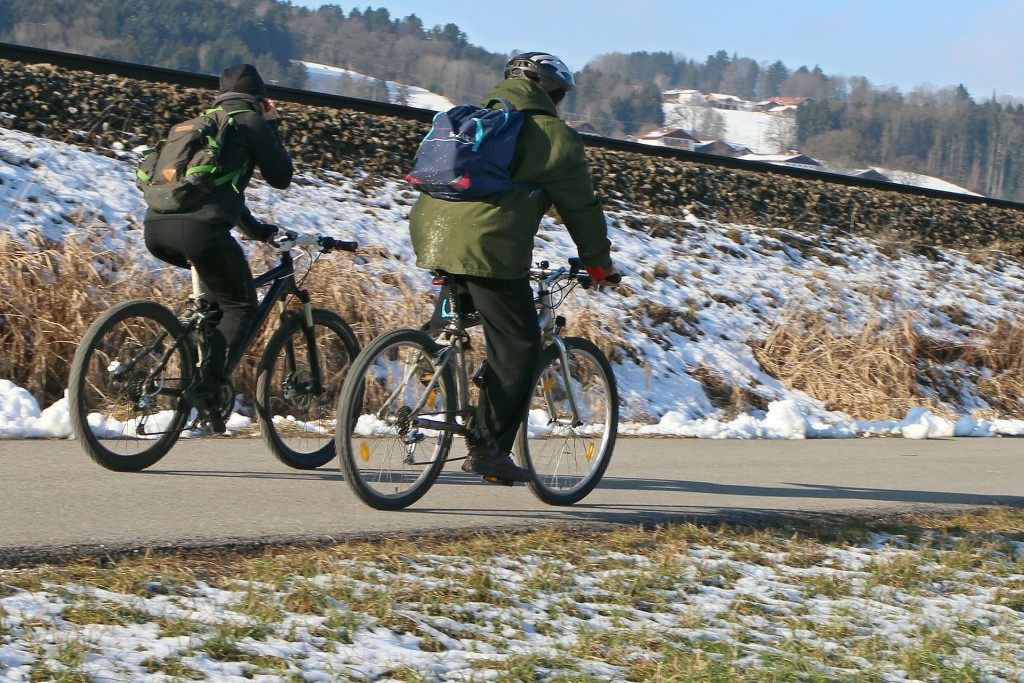 For many people, the winter months would see their bicycles stored safely away in the shed, waiting for the snow and ice to melt and the thermometer to rise. Exercise enthusiasts who schedule regular cycling treks as part of their workout routine, turn to indoor tracks or other means of keeping fit until spring once again beckons them to the great outdoors. Portland bicycle accident lawyers, however, also see their fair share of people who have been injured in cycling mishaps during the winter months. Some of these people continue to use their bikes to get to work. Others are the hardcore riders who see snow and ice as challenges to be overcome rather than reasons to stay indoors.

Regardless of whether you use your bicycle during these dark, cold months of the year by choice or out of necessity, there are ways and means to be prepared for winter riding. Here are a few tips to prepare both your bike and your body to face the elements this winter.

If you want to save your two-wheeled ride from taking a beating this winter, why not prepare it much the same as you would a car? For example:

Cycling enthusiasts who aren’t afraid to venture out whatever the weather conditions say the key to staying comfortable is all about wearing several layers of clothes. The colder the temperature, the more layers should be added. If the temperature falls below 30 degrees, he adds an extra layer of clothing for every 10 degrees below the 30 mark.

Even then, it becomes very difficult to stay warm once the temperature gets below zero, and we recommend a balaclava and goggles to protect as much skin as possible from being exposed to freezing temperatures. Warm socks, winter shoes and some kind of head covering that fits either over or under the helmet should be used to ensure all extremities are protected. Fingers and toes are crucial to keep warm and it is suggested to use warmers similar to what skiers use in the winter.

Concentrate with a Capital “C” on Safety.

Portland bicycle accident lawyers frequently see clients who have taken each and every precaution listed above. These cyclists happily take to the roads knowing their bicycle will be as stable as possible, only to be injured by an automobile whose driver didn’t take the same precautions.

Every potential hazard is magnified in winter, and cyclists need to be acutely aware of any danger, simply because in an accident between a car and a bike, the car is going to “win” every single time. Even something as simple as your body position on the bike will have to be taken into consideration. Bernhardt says cyclists have to work harder and move their bodies around more on the bike to help achieve maximum contact between the bike’s tires and the ground. Other things to take note of include:

Cycling is great fun, an excellent form of aerobic exercise that’s good for the heart, lungs and muscles yet easy on the joints, and it’s an environmentally friendly way to get around. It’s not necessary to give up the joys of cycling in the winter time, but it is important to be prepared for the extra dangers that come with the season. But if you are out on your bike in Oregon and are injured through no fault of your own, whether it be due to an unsafe cycling lane provided by the city or a driver who simply wasn’t paying attention, then you should give serious consideration to contacting a team of experienced Portland bicycle accident lawyers. They will explain your rights and the options open to you. They will give sound advice on the chances of making a successful claim for compensation, and they will guide you through the entire process from beginning to end.