Testifying for HB 2542: A Small Step Toward Preventing Hit-and-Run Accidents

I went to Salem a few weeks ago to testify about a bill that the Oregon House was trying to pass. I’ve never done it before, and it was a fascinating experience. I definitely recommend it. The most interesting part to me was how few people were testifying. There are a few hot-button issues every once in a while that get a whole lot of press, and the line to testify goes out the door, and one person’s opinion probably doesn’t make much difference. 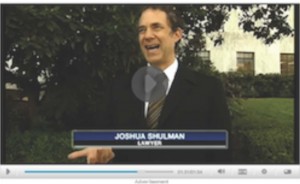 But then there are hundreds of other bills every year. Many of them probably affect you, even though you probably don’t know about them, and maybe never will. Here’s the crazy thing: there are probably somewhere between zero and three or four people testifying on all these bills. You could actually make a difference if you went and spoke your mind.

In my case, the bill was HB 2542. I want to tell you what the law will do, if it passes, but first I have to explain what the law does now. Right now, if you run over a pedestrian or bicyclist (or just hit another car and injure someone), and then you leave the scene, that’s considered a hit-and-run. The technical term is “failure to perform the duties of a driver to injured person,” and the penalties of this crime are outlined in ORS 811.705. It’s a Class C felony. Or, if the person suffers “serious physical injury” or dies, then it’s a Class B felony.

Before we go further, you need to know what “serious physical injury” means. It’s defined in ORS 161.015, and it is no joke. It means an injury that creates a substantial risk of death, or causes serious and protracted disfigurement, protracted impairment of health, or protracted loss of the function of an organ. These are lifelong injuries we’re talking about here. Another clue to how serious they are is that they are lumped in with death. It’s a class B felony if you cause a “serious physical injury” or kill someone, and then leave the scene.

So, it’s a felony. Fine. The question HB 2542 addresses is: after you’ve done this – after you’ve killed someone or caused them serious injury (and then left the scene without bothering to help them or call 911 or do anything else a normal human being with an ounce of compassion and responsibility would do) – after all that, how long do you have to wait before you can drive again?

It’s a baby step. Almost not even worth doing. If you kill someone and can’t be bothered to pull over and call the police and wait for them to come, then really you ought never to drive again. Why would the State of Oregon let you drive again after only five years? If you “seriously injure” someone in a hit-and-run crash, you ought to lose your license for at least ten years, maybe more. Remember, “serious injury” is serious!

But as it stands now, you would only lose your license for one year. And three years is certainly an improvement. Seems like an easy decision to me. And apparently the House agreed, because it passed the judiciary committee unanimously, and then passed the House floor vote unanimously as well. I like to think that my testimony (which you can read here) had something to do with it.

But it’s more likely that safety activist Kristi Finney’s testimony had something to do with it. Kristi is an amazing and moving speaker, on a mission to make hit-and-run and drunk driving less frequent and more seriously punished. She lost her son Dustin in a drunk driving hit-and-run crash caused by a teenage driver, and it is a testament to her strength that she is working tirelessly to prevent other mothers from suffering the way she did.

Here is the full text of HB 2542, if you’re interested. And a recent update: it just passed the Senate judiciary committee on April 30, with a vote of five-to-zero. Now it goes to the Senate Floor, and hopefully will be law soon.