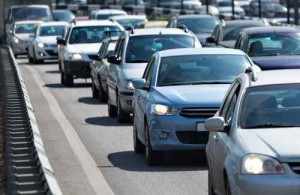 This week a bill designating the left lane on interstate and state highways for passing only has made it though the state House.  House Bill 3414 applies to roadways with two lanes or more of traffic moving the same direction and violators could receive tickets for $160.  The bill is intended to help increase safety by keeping the traffic flowing, in hopes of less tailgating and road rage.  Many other states, like Washington, have dedicated the left lane of freeways and multi-lane state highways for passing only.

Currently, only freight trucks and vehicles hauling campers and trailers are supposed to use the left lane for passing only.  Any other passenger vehicles can legally cruise in the left lane except if violating the traffic statute “failure to drive on the right”.  ORS 811.295 is a basic rule Oregon has to keep drivers to the right of oncoming vehicles but it specifically excludes highways including I-5, I-84 and U.S. 26 in Washington County.

Lawmakers have attempted to address the issue of slower moving traffic camping out in the left lane but it has not been successful.  Raising the speed limit to 75 mph was another law that is in consideration as well.  SB 459, will be voted on soon, that would increase the maximum speed limit to 70 mph for cars.  Supporters of that proposal believe it would help keep the speed laws consistent along I-5 through Washington and California.