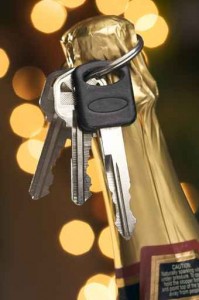 Oregon has some of the more strict laws when it comes to drinking and driving. In our state you can receive up to 1 year in jail for driving under the influence. The fine that you could receive is between $1,000 and $2,000. In Oregon, your licensed will be suspended for 1 year in most DUI cases. Oregon uses the ignition interlock device in the vehicle for most drunk drivers.

Many times the first DUI is the last one due to the embarrassment, hassle and costly fines. If the second offense happens within 10 years of the first DUI, the punishment is more severe. The jail time is longer, the fines are higher and your license can be suspended for up to three years. In many cases the ignition interlock devices is placed in the vehicle for two years.

For a third offense DUI, you may lose your right to drive for life. A jail sentence can last up to five years and if you are a minor then the fine can be as large as $10,000. A third offense is a felony whereas the first two are considered misdemeanors.

If you ever are in question of rather you should drive after drinking, be cautious and take a cab or public transportation to your destination. Be safe when drinking and make sure to not get behind the wheel if you have had too many drinks.  Always remember the legal limit in Oregon is less than 0.08 BAC.