I learn new things every day. Today I was taught something by a 25-year-old man with broken bones in his back who has required three surgeries so far. His medical bills are about $500,000 so far, and he’s not done yet. He was driving his car when he was hit by a snowplow that was driving in the wrong lane. It’s an open-and-shut case. But not the way you think. 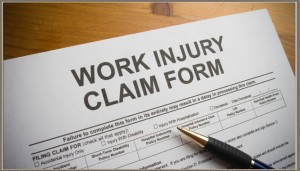 This is a story about Workers’ Compensation and the Oregon Tort Claims Act. Quick background first: Workers Compensation insurance will pay your medical bills (and a small amount for any permanent disability) if you are hurt while on the job, and it doesn’t matter who’s fault it is. Your employer has been paying the insurance premiums for this. In return, you are not allowed to sue your employer for your injury.

The Oregon Tort Claims Act allows you to sue the state of Oregon (and cities, counties, municipalities, etc.) if a public agency or employee negligently injures you. But tort claims have some conditions, some traps. For example, even though the statute of limitations in Oregon is supposedly two years, if you sue the state you have to get a “tort claim notice” to the entity you are going to sue within 180 days of your injury. Or you can lose your claim forever.

So far so good. Or, as my younger son delights in saying, “so far so bad.” You get medical care from Workers Comp, but in return you can’t sue your employer. You have the right to sue the State, but in return you have to obey certain conditions.

Well, I just learned today that one of the conditions for suing the State for personal injury is that you cannot bring a claim if you are “covered by any workers compensation law” at the time of the injury (ORS 30.265(6)(a)). Wow. That makes no sense at all. The trade-off for getting workers comp is that you cannot sue your employer, because your employer-paid insurance premiums to cover you for your injury. So sure, someone who works for the State cannot sue the State for their injuries because they are covered by workers comp. But our triple-surgery friend was not working for the state. He was working for his private employer.

Here’s what the law means: if you are injured by anyone working for the State (or city, county, etc) while you are working, you cannot sue the wrongdoer. The “public bodies” have immunity.

You may ask the question that one of my students asked: “Can’t you still sue the snowplow driver?” Good question! The answer is no. If the injury victim tries to sue the snowplow driver, the State of Oregon will substitute itself in as the defendant using ORS 30.265(3). Then the State of Oregon will dismiss the case, because they are immune, because he is covered by workers compensation. It’s the immunity two-step:

And injured people are left with only workers compensation disability payments, which are maybe 1/10th of the compensation available with a personal injury lawsuit.

There are two arguments in favor of this law that protects public bodies from lawsuits:

I don’t quote the Bible much, but here’s the argument against this law: “And the King said, Whatsoever you have done unto the least of these men, you have done it to me.” Matthew 25:40.

We are building our bridges, policing our streets, manning our fire departments, and running our schools by denying justice to a man whose back was broken by a state employee driving a snow plow on the wrong side of the road. That’s not right. That is injustice. We should pay for what we need by paying for what we need, not by denying justice to people who have been seriously injured, just because they happened to be at work when they were injured.