What is Uninsured Motorist Coverage? 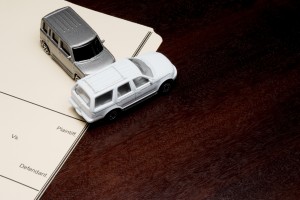 Did you know that in the event of a car accident with an uninsured at-fault driver, you can use uninsured motorist coverage?  This coverage protects you under these circumstances. How it works is that you make a claim against your own insurance company, for up to the limit of coverage, instead of against the other driver.

Most states have a minimum amount of uninsured motorist coverage around $20,000.  The uninsured driver coverage cannot exceed your primary coverage amount.

A negative aspect of uninsured motorist coverage could potentially be that you might lose the right to pursue the negligent driver for damages since you would be limited to the amount you can recover from your own insurance company.  Otherwise there is no downside to having this coverage.

In the event of an accident with an uninsured driver, make sure you contact your insurance company as soon as possible.  Some policies have strict deadlines to file the claim.  One of the most important differences between this type of claim is that , if you and the insurer cannot agree on a settlement figure, you cannot file a lawsuit against your insurer.  Instead the claim would be sent to binding arbitration and the arbitrator will decide who wins.