Is Murder the Same As A Wrongful Death? – Part 1 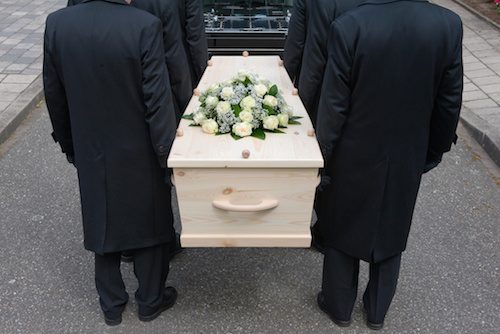 So yes, murder definitely constitutes a wrongful death. If a person has been found guilty of murder in criminal court, then a wrongful death has definitely occurred. In most cases, the family would not even have to prove again in a civil court that it was a wrongful death; the murder verdict is usually enough to show that wrongful death damages are due. So then why don’t you hear about civil lawsuits to go along with every murder charge?

The reason is that murder is not usually covered by insurance policies, and murderers usually don’t have much money. And if they do have any money, they’ll usually pay most of it to their criminal defense attorney. When a person is on trial for murder, they don’t usually spare any expense in hiring a good lawyer. In the rare cases where a wealthy person is convicted of murder, they often do get sued for wrongful death in civil court in addition to going to jail for murder. But if the murderer has no money and is not insured, then suing them serves no purpose. At the end, the victim’s family would get a jury verdict, but no money.

Once you have hired an experienced wrongful death attorney, the attorney will hire an investigator to run an assets check for you, so that you and your family can make an informed decision about whether bringing a civil case will be in the family’s best interest.

For example, in the famous O.J. Simpson case, he was found not guilty in the criminal murder trial, but was held liable in the civil, wrongful death case. One of the reasons this was possible is because a criminal murder charge must be proven “beyond a reasonable doubt,” whereas a wrongful death action only needs to be shown by a “preponderance of the evidence” that it is “more likely than not” that the defendant caused the death – either intentionally, recklessly, or simply by being careless or negligent.

Wrongful death claims are easier to prove in a court of law because they do not seek to put someone in prison, but only to award money. Though it’s quite possible the person being sued may end up in prison if criminal charges are brought as well, the cases are entirely separate.