How to Avoid Bicycle Injury Accidents 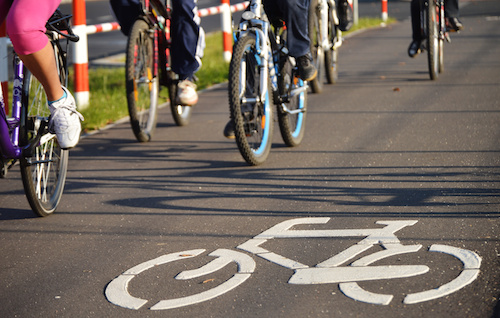 Bicycling is a very joyful experience for kids and even for grownups. It is the best way to exercise your muscles and enjoy at the same time. However, people who do not take appropriate safety measures when riding a bicycle can get involved in accidents and can get severely injured or even die. Despite the fact that deaths in bicycling accidents are not that common, riding a bicycle without having the proper gear can prove to be fatal for a rider. Portland bicycle accident deaths are a testament to this fact.

Safety precautions and tips that can lessen bicycles accidents

According to reports, most of the people that die in bicycle accidents are usually children that are riding a bicycle without wearing any protective equipment. In order to avoid the chances of getting injured in a bicycle accident, people and especially children need to follow some safety precautions. First of all wearing a helmet when riding a bicycle can greatly lessen the chances of a child getting any head injury, which is mostly the cause of death in bicycle accidents. Secondly, the bicycle that the child is riding should be adjusted according to his size or he might not be able to control it. Thirdly, children should only ride in the daytime and not at night as visibility at night is poor and chances of getting hit by a vehicle on the road are significantly higher. Following these safety precautions will ensure that the number of Portland bicycle accident deaths goes down significantly.

Besides the above-mentioned safety precautions, when riding a bicycle on the road, following the traffic rules and remaining attentive while riding are also important points that need to be kept in mind to avoid bicycle accidents. Moreover, watching the road carefully when turning and keeping an eye out for parked cars are also some of the tips that every rider must keep in mind if he wants to not become a Portland bicycle accident death victim.

How to avoid bicycle accidents

There can be many causes of a bicycle accident. However, in each case, if a rider keep his head and follows certain rules he can avoid getting involved in the accident. For instance, if a rider sees an unavoidable obstacle in front of him like a garbage can or a stone on the road then what he needs to do is to remain calm and to try and lift the front wheel of the bicycle over the object. If he is unable to do that then he should try and hit it with his hip, this way he will not fall off his bicycle as the hip is close to our centre of gravity. In addition to this, if a rider finds himself negotiating a hard bend and feels that he would not be able to control his bicycle then what he should do is to hit the brakes slowly and keep decreasing his speed progressively instead of hitting the brakes hard at once. Following these simple rules can help in greatly limiting the number of Portland bicycle accident deaths.

In short, if people keep in mind simple rules and follow the necessary safety precautions the number of Portland bicycle accident deaths can be significantly reduced.