It is always difficult to be injured in an accident, but it can be even worse when it is an Oregon single-car accident. Everyone will initially blame the driver, whether or not it was the driver’s fault, and you will have to deal with single-car accident insurance claims. 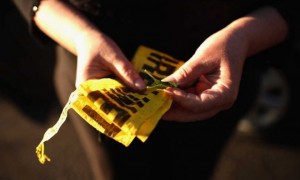 More often than you might think, it turns out that it was not the driver’s fault. Brakes fail. Dangerous road conditions may come into play. Traffic signs are obscured by trees or bushes. A work trucks stop on the highway without putting up proper warnings. Mechanics make faulty repairs.

There are many reasons why a single-car accident may not be the driver’s fault. If you were the driver, then you know the circumstances. You know if it was your fault or not. Simply tell your lawyer the truth.

If the driver died, and you are a family member, you might assume that your loved one fell asleep at the wheel. But it is worth it to talk with a qualified Portland accident lawyer because he or she will often investigate the crash at no cost to you. Then you can rest easy, with the results of the investigation there to let you know whether it really was the driver’s fault, or whether some other factor played a part.

If it is the case that the crash was the driver’s fault, and there were passengers, the injured passengers might have a right to make a claim.

For example, a common situation is that husband was driving, fell asleep at the wheel, and crashed, injuring himself and his wife in the passenger seat.

The family will have to work hard to stick together after a horrible tragedy like this. If the wreck was caused by driver error, the wife will probably not want to sue her own husband. But sometimes the insurance companies use that reluctance against injury victims, and refuse to pay reasonable compensation. In a case like this, you will likely need a lawyer.

A good Portland injury attorney would know how to get maximum compensation from the insurance company without one spouse having to sue the other one, which is a situation nobody wants in single-car accident insurance claims.

If, on the other hand, the accident was caused by faulty equipment, or a careless repair job by a mechanic, or perhaps poorly maintained roads, then the family would of course have other options.

If there is any possibility at all of a lawsuit against a Oregon, Multnomah County, or any other county or city entity- for damaged roads, poor signs, leaving debris in the road, or the like, then it is important to be very careful because even though the normal statute of limitations in Oregon for an injury is 2 years, if you are suing a city you have to give notice within 180 days. If you miss that deadline, your cannot sue them! There are no exceptions. Call one of our