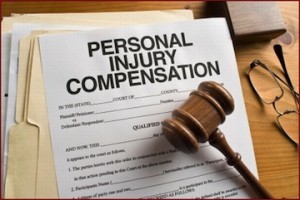 After a car crash, you will be most concerned about making sure your family is able to seek proper medical treatment without worrying about the cost. What can you do, for example, if someone else crashes into your car and causes you or your family $150,000 worth of injuries, but the person who hit you only has $25,000 worth of insurance?

Well, you could settle for $25,000 and be satisfied. Plenty of people do that. Plenty of lawyers do that. It’s perhaps the most convenient option, but you’ll still be stuck with $125,000 worth of medical bills that nobody is paying for. (Read for tips for paying your medical bills after suffering a personal injury.)

You could try to collect money directly from the person who hit you. If Bill Gates happened to crash into your car, this would probably be a good option. In general though, people with money and assets have enough insurance. Trying to get money from somebody who doesn’t have much tends to cost you more than it’s worth. You have to go all the way through a jury trial, obtain a judgement and hire a collection agency. Usually the person who hit you ends up filing bankruptcy and even after all that work you get nothing.

Your third option is by far the best: first collect the $25,000 from the insurance company of the person who hit you, and then collect the rest from your own Underinsured Motorist or “UIM” coverage, which is called UIM claims.

UIM claims cover you in the case that you get hit by someone who is underinsured or uninsured – someone whose insurance covers less than the damage they actually caused. In the example we’ve been working with, your UIM should pay the $125,000, since it is the amount by which the person who hit you was underinsured.

To get that $125,000 from your UIM, however, you have to have paid for that amount of coverage. If you’ve already been in a collision, it’s too late to buy more UIM for that collision.

If, on the other hand, you have not already been in a crash, or if you have but want to be better prepared in case you get in another one, you should purchase more UIM coverage.

If you do not already have at least $250,000 of UIM, call your insurance agent. Now. It is worth paying, and the coverage is cheaper than you might think.

We write about UIM in more detail in our book, which we offer free to anyone injured in an Oregon auto accident. Order your copy of Seven Common Mistakes That Can Wreck Your Oregon Car Crash Case.

As Portland personal injury car accident attorneys, and parents, we suggest you take this step toward protecting your family as soon as possible.