Oregon Laws for Texting and Cell Phone Use on the Road

Oregon to Outlaw Driving While Texting or Talking on Cell Phone

As of Jan. 1, 2010, Oregon law states that is illegal to text or talk on the phone while driving, unless using a hand’s free device. 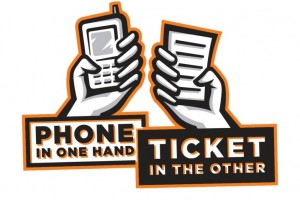 As attorneys who focus on fighting for the rights of injured Oregonians, we see up close the devastation that a car crash brings down upon an injured person. In fact, it is often not just the injured person who suffers, but their entire family as well. And if you are in an accident with someone who was texting, they can be held accountable for negligence.

If someone chooses to text while driving, they don’t just endanger themselves, they also endanger other drivers on the road who are being responsible. Just ask Peggy Tucker, whose daughter was killed when a driver talking on a cell phone hit her head-on. Peggy Tucker was in the Senate chamber when the bill passed, and she thanked the bill’s sponsor, Rep. Tomei.

Studies Show that Texting While Driving is Extremely Dangerous

A new study conducted by the Virginia Tech Transportation Institute exposes the danger of driving while texting.

The study was composed over the course of three years—from 2004 to 2007, with seven anonymous major trucking fleets and 200 of their drivers participating in the study. Each driver took turns driving 55 different long-haul trucks. Overall, the first study that started in 2004, and the second that ended recently, in 2007, cost $6 million, and was paid for primarily by the federal government. Costs within that amount include outfitting the trucks with video surveillance, and payment for labor and data collection. The driver’s of the long-haul trucks were paid $100 weekly for their participation.

Video surveillance was carefully placed so that easy examination of the road and driver were possible. Cameras were placed facing the road, two were affixed to the rear-view mirrors, one was placed on the dashboard, and one to record the driver’s face. To recognize near-crashes or crashes, the Institute used software that detected major changes of deceleration or whether or not the driver needed to speed to avoid a crash. Over the course of both studies, 21 crashes and 127 near-crashes occurred. Of those amounts 31 near-crashes occurred when a driver text-messaged.